There has been a lot of media attention on inverted yield curves and what they say about an economy. Contrary to belief, it's not always an indicator of a looming recession.

Its because we were inverted

Like many Australians 2 weeks ago, I awoke early on a chilly Thursday morning and reached for my phone to indulge my obsession with Instagram food photos and check on daily news articles. The news was all about the latest presidential tweet causing quite a stir, blaming the Fed for not doing enough and a 'crazy inverted yield curve'.

The tweet immediately evoked a scene from one of my favorite movies of all time, Top Gun: 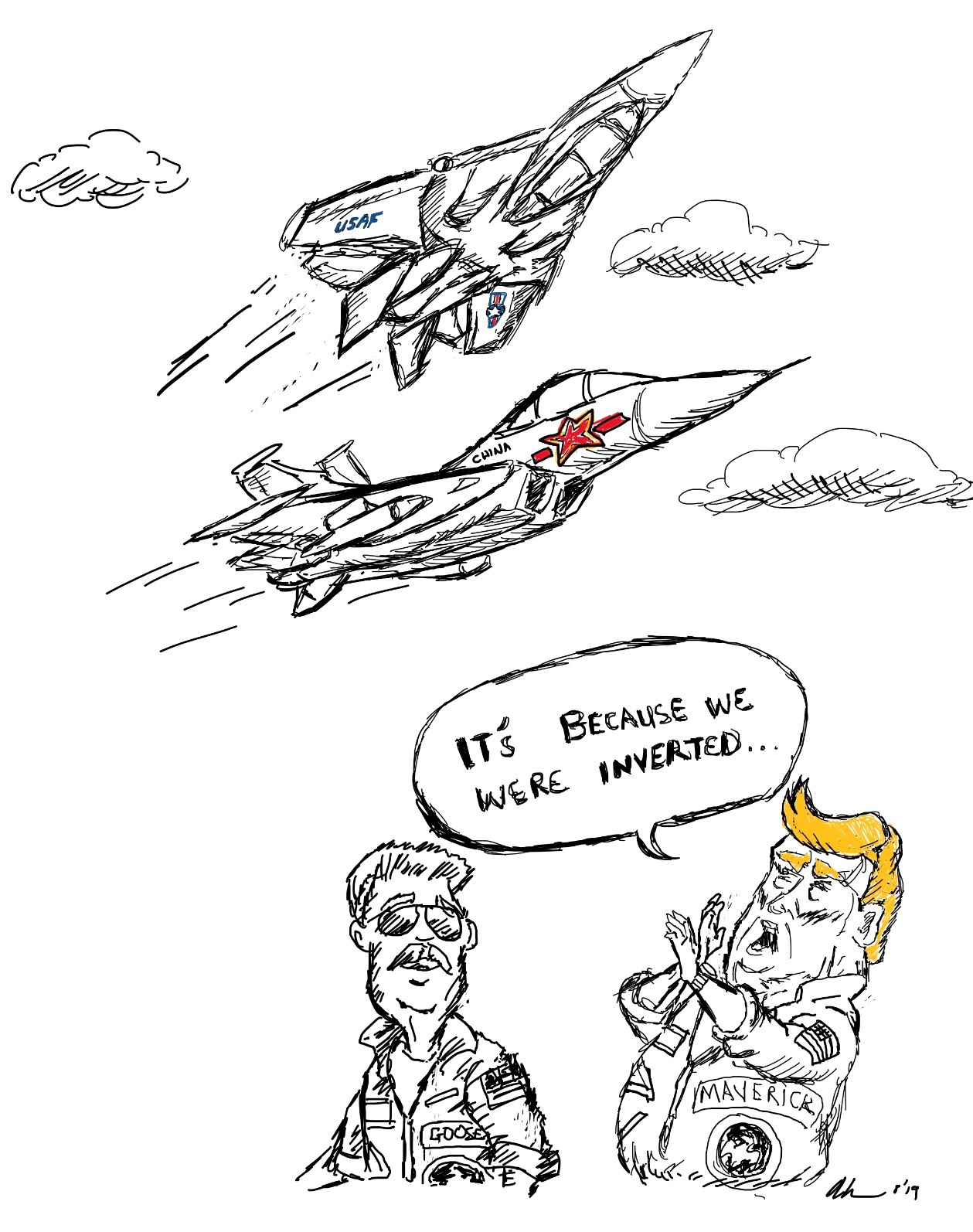 Yield curves and why they matter

You’re probably wondering what is this yield curve, and why does it matter that it was inverted?

Yield curves refer to a graph used in finance that show the market yield of debt securities with various interest rates and term to maturity. Each debt security pays a regular coupon to the investor in return for borrowing their funds.

There are many types of yield curves, however the one often watched by economists, researchers and market commentators is that of US Treasury Bonds. Government bonds are seen to be safe, defensive securities by investors. During periods of higher investor confidence, longer-term Government bonds are seen to be lower return and thus less attractive. However during volatile markets, when investor confidence is low, the demand for these types of bonds increases.

The image on the left depicts a normal, upward sloping yield curve. The term of the bond, or when it matures, is on the x-axis. In a normal environment, the longer the term, the higher the yield. These yields are higher the further out you look into the future because there is more uncertainty, requiring a higher yield for taking the risk associated with the uncertainty.

The shape of the yield curve moves daily. The Reserve Bank and Federal Treasury influence the short-term bond market by reducing or increasing short term interest rates through policy settings. However the longer term bond markets are influenced more by market demand and sentiment. 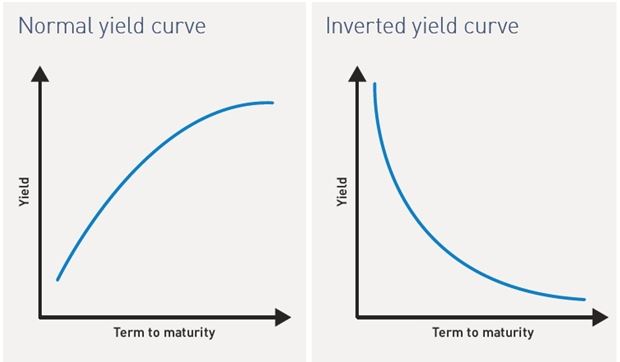 On less frequent occasions, yield curves can become flatter or inverted (refer image on right). This could occur if investor expectations of future returns are low and there is increasing demand by the market for longer dated Treasury bonds (seen to be a safer defensive asset). Concerns of continuing trade wars between the US and China, a no deal Brexit, weak manufacturing and retail sales have weighed on market sentiment. Governments can introduce stimulus into economies and reduce short term interest rates to help manage these impacts.

Using the yield curve as a crystal ball

A common concern for investors is that a yield curve inversion, or transition from upward to downward sloping, could be a precursor to a decline in equity markets or possibly a recession. In an article for Reuters business news “Explainer: Countdown to recession – What an inverted yield curve means” by Richard Leong, Dan Burns and Karen Brettell, historical data has shown that the US yield curve has inverted before each recession in the past 50 years in except one instance. However the article notes they cannot predict the length nor severity of a downturn.

At Shadforth our investment philosophy begins with what you aim to achieve in the long term and tailoring a portfolio that tracks to goals whilst making sure you take an appropriate healthy level of risk. We construct our portfolios applying an evidence based approach. That means we don’t invest your money based on market timing or any claim to be able to predict the future. Rather we take a disciplined, deliberate and highly diversified approach based on the evidence.

Recent market uncertainty and the resulting crazy yield curves reinforce the importance of seeking professional financial advice, making a plan and then sticking to it.

As always if you have any questions or concerns regarding your investment, speak with your Shadforth Financial Adviser.